A few weeks ago Manuel and I decided to take a trip to Northern Germany in order to see Berlin. I had three train tickets that I needed to use before they expired that I received as a going away present from my previous company. And so with only a few days left to use them we decide to take a trip. Since we didn’t plan very far ahead, there wasn’t a huge selection of hotels available for the weekend. Manuel convinced me that it was fine to stay in a hostel. For those of you that don’t know what those are- its essentially a big dorm where the rooms have bunk-beds and you get paired with strangers (typically about 6 people in a room). I was terrified to do this but we didn’t have many other choices on a budget so we booked it and I hoped for the best.

Charlie had to stay at a doggie hotel when we were gone, which I had a hard time with. It was the first time that I was away from him for more than a few hours. I now understand what new parents go through when they won’t let other people babysit their baby for awhile. Luckily, the place was great and he really seemed to enjoy it!

We set off early Friday morning to walk to the train station with all our clothes/toiletries packed into our backpacks. The train was pretty cool- it was a fast train and can get to about 200 miles per hour so it only took us about 6 hours to get there. Once we arrived in Berlin, we went to the hostile and checked in. It was must better than I expected! When we went up to the room, we were able to lock everything into the lockers in the room and head out to explore the city. We just started walking around and saw some amazingly beautiful buildings (pictures below).

Once we grabbed dinner, we asked our waiter if he had any suggestions for places we should go that night. He told us what stop to get off on the U-Bahn and that there would be quite a few bars/discos etc. there. When we got there- I was a little afraid. (I am not sure if it was growing up in Nebraska but whenever I get into unfamiliar places I tend to assume everyone is a killer… Oops) When we started walking there were people everywhere! We past 3 different bands (yes, entire bands with drums/guitars/everything) set up and playing on the sidewalk- it was pretty cool to see. There also was graffiti everywhere in the neighborhood, but not the ugly kind with lewd language. It was really pretty and very artistic. We happened to wonder into an area that was a large outdoor beer garden. In the center of the beer garden was a rock climbing wall and people (professionals- not the drunk people in the beer garden) were climbing it! It was awesome!

After that, we decided to head back to the hostile. Since we got back at a decent time the other 4 people we were sharing our room with weren’t back yet. It was about 85 degrees outside still and no where has A/C so between being miserably hot in our room, and me thinking that the other 4 people were planning on coming in the room and kidnapping me, I hardly slept the first night. Because of this, Manuel and I got up pretty early (ok, I got up early and refused to lay there listening to some Italian guy snore across the room from us so I woke Manuel up). We were able to start exploring quite early! At 10 we met up for a tour around the city and I really learned a lot (I am sure I learned most of the German history in high school but I doubt I was paying much attention). We were able to stand above the place where Hitler killed himself (now its a parking lot), see Checkpoint Charlie, and see a portion of the Berlin wall (It was pretty disappointing because I had high hopes for this). We also were able to see the Holocaust memorial there and wow was it moving. It’s many large columns of concrete and from the outside they are about knee high, but when you walk towards the center they end up being over 10 feet high. When walking through, I could hear others around me but I could see them until we literally ran into each other. The columns are spaced so that a person has to walk alone through them- they are not wide enough to walk side by side. It was an unsettling experience and pretty emotional. After seeing the major points in Berlin on the tour, we were able to hang out the rest of the day. We finally found a fancy shopping center that had A/C (thank god!) since we had walked about 14 miles in 95 degree weather- we were pretty exhausted.

Overall, the trip to Berlin was a lot of fun! I am glad Manuel convinced me to stay in a hostile as it wasn’t as bad as it seemed. The city had so much to offer us, and EVERYONE spoke English (seriously, we used English more than German). I would recommend it as a travel destination for all of those interested in Germany’s rich history.

A few days after we were home, Charlie started acting funny. It was about 10pm at night when he started throwing up and having bad diarrhea. (Let me tell you, it was not a pretty sight). Thinking he just had a little upset stomach we waited it out, until finally at 1am we rushed him to the “emergency” vet clinic. I was terrified and had no idea what was wrong with him (he started having blood in his stool). Once we got to the vet and she examined him, she wanted to keep him there and start an IV so that she could get fluids and medicine in him while they ran some tests. Since at this point it was 2:30am, she was the only vet there and asked if we could assist in getting the IV in his leg. Manuel held Charlie first while she tried to get it in his first leg, unfortunately he started jerking and she was unable to get it in. We had to try the second front leg so I thought I could hold him. (I hate needles, and in hindsight I should never had been that close). So I was holding Charlie and she went to try and get the needle in, while this was happening I started to see spots. I knew what was coming- I was going to pass out. I quickly tried to tell the vet to stop because I was going to pass out (she didn’t understand English) and before Manuel could translate I was on the floor. It was awful. Not only was it embarrassing, but I prevented the vet from getting the IV in the other front leg. At this point it was almost 4 am and we were spent. The vet decided to wait until 6 am when the other vets got there to administer the IV.

We had to wait until 3 pm the next day for them to call us with an update- and I was a nervous wreck. Luckily, they called to give us news that Charlie was acting perfectly normal. They allowed us to come get him and sent him home with two different medications that he got three times a day, along with a special diet. I was so relieved to have my little man back and feeling better!

Since all of that happened, we have been relaxing and enjoying the calm of having nothing to do. I am getting quite homesick and I hate being away from my family on Holiday’s. Since tomorrow is Father’s Day I wanted to let you all know about my Dad. My Dad is my rock. Although we don’t talk all the time, when we do talk it means the world to me. He always knows just what to say to cheer me up and make me feel better if I am feeling down. Being in Germany has not been easy. The night before I left, when I said goodbye to my Dad for the last time, he made me promise to “give them hell”. I think of his words every time it gets hard here. He is the reason why I am able to keep my head up and keep pushing forward. I am so proud to be like him and I can not wait to see him (and my Mom) in 122 days. I love you Dad!

Happy Father’s Day to every Dad out there!

Until next time,
Madison 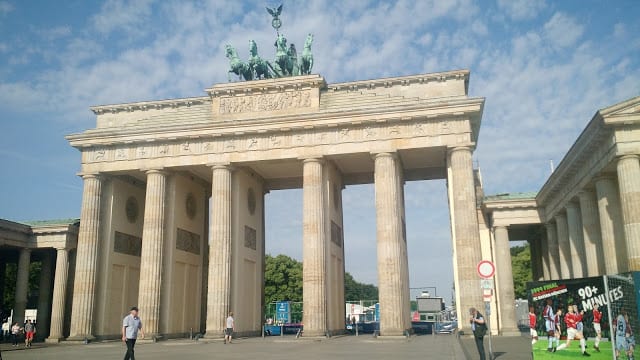 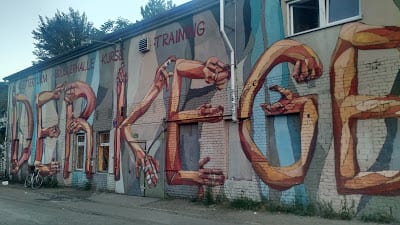 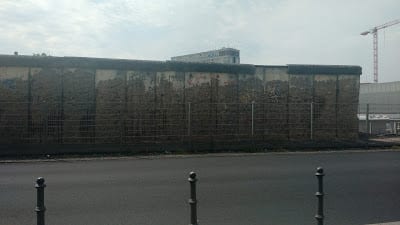 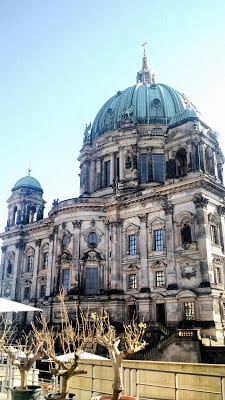 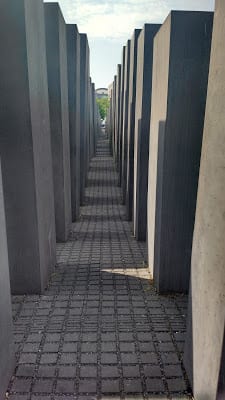 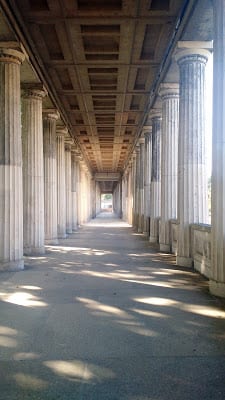 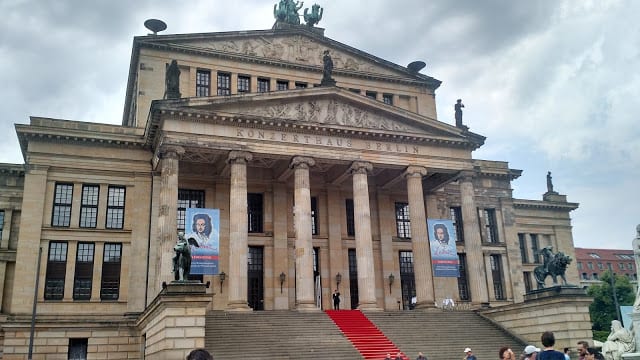 Finding “normal” in a global pandemic

More of my favorite coffee to come – Cameron’s Coffee! 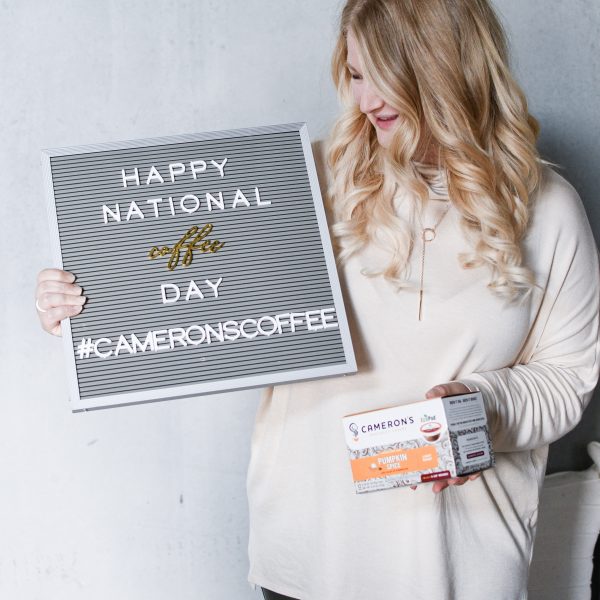 Did you know that National Coffee Day is coming up

My baby is already 4 months old! I can’t believe

Sharing our living room decor over on the blog tod

We had such a fun weekend exploring Düsseldorf! I

My quick fall decor project from earlier this week

Today is my 28th birthday! Check out my stories to

Leonie already has so many bows and I didn’t kno

Happy weekend! 🎉🥳 Do you have any fun plans?

Leonie is 3 months old! It has been so much fun wa